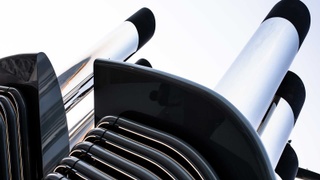 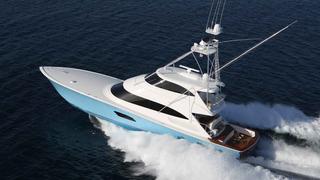 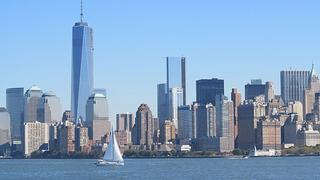 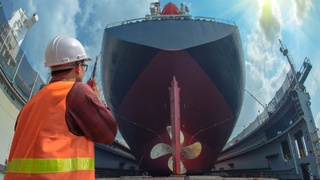 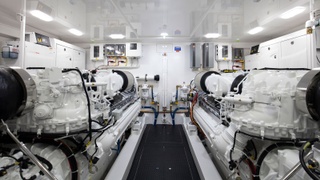 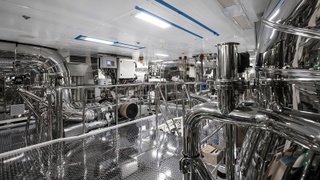 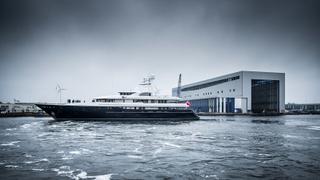 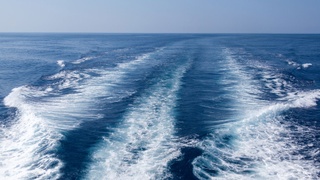 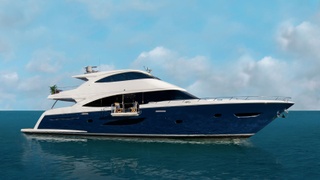 How Emissions Regulations Are Affecting The Superyacht Industry

Regulations aimed at limiting noxious emissions from superyacht engines will be in place by January 2021. Kate Lardy investigates how these new rules are impacting the industry ahead of the approaching deadline.

“After January 1, 2021, we are out of business selling boats over 24 meters,” Pat Healey, president and CEO of Viking Yachts, announced at the Fort Lauderdale Boat Show this past fall. He was referring to the upcoming deadline for all yachts over 24 meters load line length (approximately 27.5 meters or 90ft LOA) to comply with the International Maritime Organisation’s (IMO) Tier III limits for nitrogen oxide (NOx) emissions. More precisely, he was speaking about the impracticality of meeting this requirement on Viking’s 92 Convertible and 93 Motor Yacht – models Healey says the yard will no longer build after January 1 2021. “[Regulators] are mandating impossible regulations that require solutions that don’t exist in today’s world,” he added.

Tier III (part of amendments made to the International Convention for the Prevention of Pollution from Ships adopted in 2008) came into effect on January 1, 2016. It set new NOx emission limits for new engines on vessels operating within special areas known as NOx Emission Control Areas (which currently are: the East and West Coasts of the US and Canada, and around the US Virgin Islands, Hawaii and Puerto Rico). Regulators granted a five-year exemption for vessels under 500GT to allow technology time to catch up with the requirements. Unfortunately, it hasn’t.

Viking is the first and only builder so far to announce that it will terminate production of its two largest models because of the regulations, yet the impending deadline is an issue concerning all builders of boats in the 90ft to 150ft range.

One Solution Does Not Fit All

Engine modifications aren’t enough to meet the Tier III standards – compliance requires some sort of exhaust after-treatment. The go-to solution for ships and new yachts over 500GT, which have had to comply since 2016, has been selective catalytic reduction (SCR), which uses a urea water solution to break down NOx into harmless nitrogen and water. Results have been mixed. SCR has worked for commercial ships. The challenge is that a yacht’s operating profile is critically different from a ship’s – the average engine load while cruising is lower. SCR requires that exhaust temperatures reach a certain level to decompose urea exhaust fluid to water vapour and ammonia, so it can be ineffective at idle and low speeds.

Because of a yacht’s high power-to-weight ratio, the hefty system also has more impact on a yacht’s efficiency and performance. SCR makes boats heavier, slower and more expensive to operate and maintain, says Lonni Rutt, Viking’s vice president of design and engineering. The SCR footprint, according to Rutt, is approximately one-third of each engine. “We simply don’t have the space in our engine rooms,” he says, adding that this issue is particularly critical in the 90ft to 120ft segment.

However, Richard Boggs of EnerYacht (developer of the SeaClean exhaust treatment system) says the impact extends to even larger yachts. “There isn’t that much volume in a 50-meter [164ft] boat to put the SCR systems that are on the market right now,” he says.

Then there is the added problem of incorporating a tank to hold urea. The size that the tank needs to be is still a matter of debate. In theory, a yacht needs to carry only enough urea to run the SCR within an Emission Control Area. However, assessing the amount is tricky. Too little and you run out and risk exorbitant fines for noncompliance; too much and you may incur maintenance issues. “The storage life of the diesel exhaust fluid [DEF, the urea solution] is around six months; after that time, it will crystallise and possibly block the DEF piping if the water content vaporises,” says Roger Sowerbutts, president of Horizon Yacht USA. Horizon is looking at a tank able to hold five to 10 percent of the fuel capacity.

The Quest Is On

Currently, research and development are in high gear on a growing number of after-treatment systems. Boggs is working with a European partner in the SCR retrofit business that has been conducting certified retrofits for buses in several European cities. He is marinising their tried-and-true system, which works in conjunction with EnerYacht’s highly effective diesel particulate filter system.

Yacht exhaust specialist MarQuip recently introduced a solution it calls the “most compact custom system for yachts under 500GT or 50 meters.” Prompted by a Dutch client building a 92ft semi-displacement boat, it created a case study that integrates its water injection system inside the SCR/silencer unit without having to increase the size of the engine room.

“We normally work with water-cooled exhaust systems – we combine our features to save space and fit the correct after-treatments in the same location as we had the original exhaust system,” says Jeroen van der Matten, general manager of operations for MarQuip. Installed above the engines, the system is approximately 7ft 6in by 4ft 7in for this particular 92ft boat.

Sanlorenzo is collaborating with other yacht builders to develop alternative solutions that will be lighter and more efficient than SCR at idle and low-speed navigation. “This is the direction already taken by Feadship that, recognising the same problems with SCR on mega yachts over 500GT, is now working to test and implement an innovative NOx treatment system together with the Netherlands Organization for Applied Scientific Research, TNO,” says Paolo Bertetti, Sanlorenzo’s technical and R&D vice president.

Feadship’s innovation is called Oxywash. Divided into modules, it fits in tight engine rooms and does not require a urea tank. It works by making NOx water-soluble, through a catalyst when the exhaust temperature is high, or by injecting ozone when the temperature is lower. When this water-soluble NOx is immersed in seawater it becomes nitrite and nitrate, which are naturally present in seawater.

“At the moment we are running a full-scale test with regulation, which will be finished in 2020. After successful tests we will install the first system on a Feadship,” says Roderick De Vries, technical director at Feadship Koninklijke De Vries Scheepsbouw. A number of yacht builders are waiting on engine manufacturers to deliver the engine and SCR system as one unit, rather than adding on third-party after- treatment. For Horizon, Sowerbutts says that MAN has presented a good solution for the 1,650hp engine: a compact SCR with small DEF pump and no need for a compressor to assist. MTU is working on its own solution. Tobias Kohl, MTU Friedrichshafen’s senior manager for yacht applications, says the company is “putting maximum R&D efforts” into the SCR for its series 2000 engines; the first prototypes have been built and tested.

The challenge is that the January 1, 2021 deadline is fast approaching. Regulators have put the onus on engine manufacturers, but they appear not ready. “Considering that we have the highest power density engine, the integration with SCR systems requires intensive testing and optimisation,” Kohl says. “Based on the technical development challenges, as well as the demanding integration work at the shipyards, we believe that a transition phase is needed for development and implementation of SCR systems in yachts requiring IMO Tier III solutions.”

The rush to 2021 concerns Nicola Onori, technical director at Overmarine. “If extension of the exemption is not granted, all yachts will be forced to install SCR systems which are still ‘prototypes.’” As it currently stands, Healey has heard that it will be at least 12 to 18 months past deadline before the engine companies are compliant. “In our view, more time is needed to allow engine manufacturers to refine SCR dedicated to yachts greater than 24 meters, less than 500GT, in order to get an overall positive effect on emissions,” Bertetti says.

Several yacht builders, including Viking Yachts, Overmarine and Sanlorenzo, have been working with the International Council of Marine Industry Associations (ICOMIA) on a new request for an extension – a previous proposal was rejected at a May 2019 meeting of the IMO Marine Environment Protection Committee. Two MEPC meetings are planned for 2020 and ICOMIA is hoping to get an appeal on the agenda before January 1, 2021.

“The pending IMO implementation is well intentioned but could see an entire segment of yacht buyers walk away from our industry, causing irreparable damage,” says Kitty McGowan, president of the US Superyacht Association. Bertetti adds: “If IMO NOx Tier III will have to be applied from January 2021 we expect that clients will buy either yachts slightly below the limit of 24 meters or exceeding 30 to 35 meters, where the reduction of accommodation space necessary to install an SCR and urea tank is not affecting the number of cabins available on board.”

Onori says that the regulations could make second- hand boats – with older, more polluting engines – more appealing. Costs for new vessels will go up. How much? “The engine manufacturers can’t provide precise quotes yet,” Sowerbutts says. “The extra cost will have to include DEF or urea tank, DEF pump, SCR and probably in many cases a hull extension to accommodate everything mentioned above.” Viking estimates it would add half a million dollars to the overall cost of its 92 and 93. “We have two boats affected; some companies will be wiped out,” Healey says.

How Emissions Regulations Are Affecting The Superyacht Industry